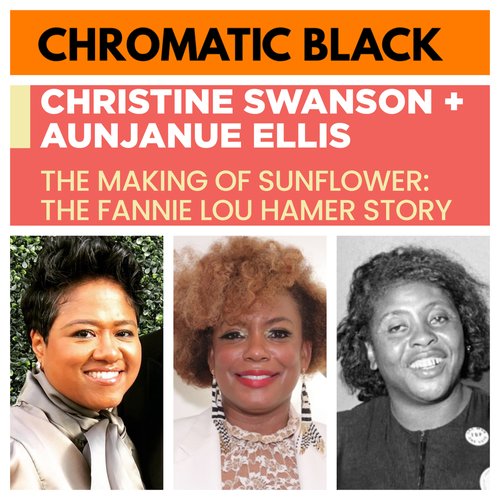 Ahead of MLK Day and the Senate’s historic vote on abolishing the filibuster and passing voting rights legislation, Chromatic Black is hosting a screening of the short film SUNFLOWER: THE FANNIE LOU HAMER STORY featuring Golden Globe Nominee, Aunjanue Ellis, directed by Christine Swanson and produced by the Chromatic Black team.

Considered the midwife of our modern Democratic Party, the film is a moving portrait depiction of Fannie Lou’s Hamer’s testimony in front of the National Democratic Convention Credentials Committee on August 22, 1964. In addition to the screening, Chromatic Black will host an artist talk – a conversation between Director, Christine Swanson and Writer, Aunjanue Ellis on Saturday, January 15 at 6:30 pm EST. The conversation will examine the compulsion that has driven the making of this film, as well as the storylines that are needed to shift our culture. 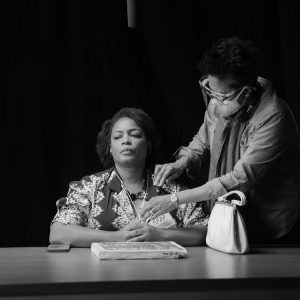 The event will include a panel discussion exploring the crucial need to abolish the filibuster and pass the Freedom to Vote Act and the John Lewis Voting Rights Advancement Act. Abeni Bloodworth, co-founder of Chromatic Black notes, “Almost 400 bills aimed at limiting our freedom to vote have been introduced. In Georgia, the legislature created additional pathways to interfere, even giving itself the power to take over local elections, including the ability to overturn results they dislike. We’ve seen this before. Following Reconstruction, a white backlash stole voting rights from African Americans, instituted Jim Crow laws, and spawned the Ku Klux Klan. During and after the civil rights movement, white backlash led to efforts to intimidate us from exercising our rights and suppress turnout among Black, brown, and Indigenous voters.

She adds, “The U.S. Senate can confront these attacks by passing popular voting rights legislation—but only if they respect the freedom to vote above protecting the ability of the right-wing minority to abuse the filibuster. And President Biden can use the power of his office to compel Senate Democrats to act. But together, they must choose either to protect our freedom to vote or protect the racist tool that has been used to block progress for generations. They cannot do both.”